scroll to the right 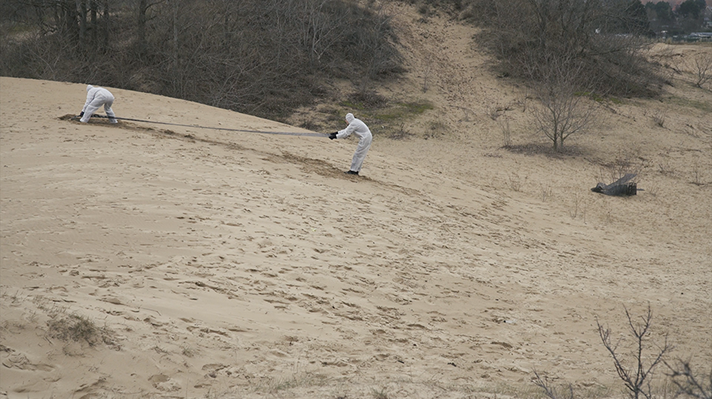 KNAUF is a film produced in collaboration with Sid Dankers. The film contains post-apocalyptic spheres, performative scenes and sculptural appearances.

With KNAUF, we are questioning ‘the narrative’ and ‘synchrony’ within the medium film. We replaced the role of the narrative with observations in which we sometimes intervene. This leaves the film with a thin line between what is oberservation and what is staged.